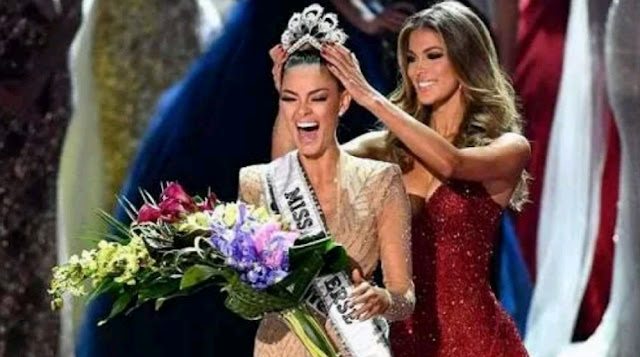 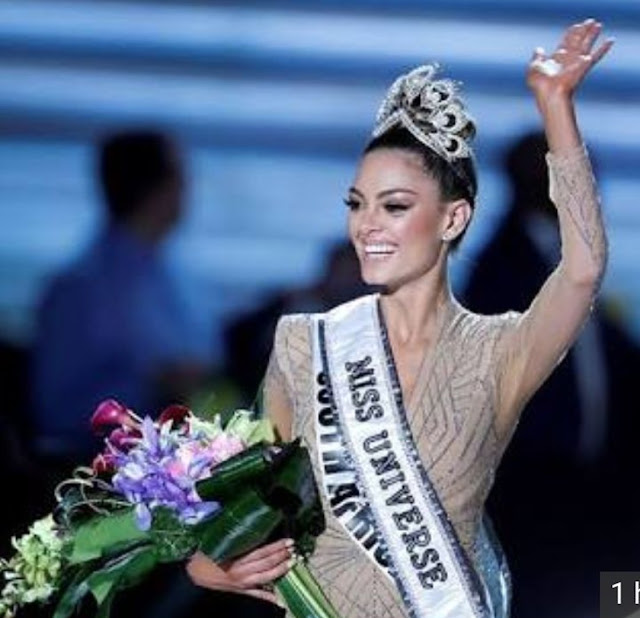 At the pageant, held in Las Vegas in the US, an ecstatic Demi-Leigh competed against 91 contestants from around the globe – the biggest number of entrants in the history of the competition – and justified the faith thousands of South Africans had that she would win.

The 22-year-old from Sedgefield in the Western Cape was one of the hot favourites going into the pageant and received huge support from around the world on social media. In the end, the Top 16 comprised four entrants from Asia Pacific and Africa; four from Europe; four from the Americas and four wild cards voted for by the judges.
In her acceptance speech Demi-Leigh said she was both proud and humbled to have won and that her dreams had become a reality. 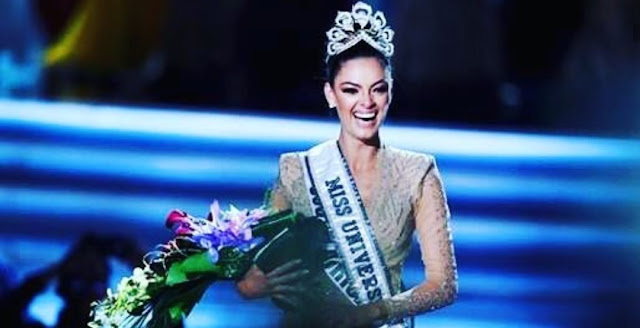 Have you read it? :  Finest Queen In Nigeria?? Check out New stunning photos of Miss Tourism Ogun Nigeria 2016.

“I resonate with everything that the Miss Universe organisation stands for, especially empowering women across the globe. I have always tried to be the example of the change I want to see in the world, and this platform will give me the opportunity to make a difference. I hope I have made South Africans proud and that I will continue to do so during my reign,” she said.
During her time as Miss South Africa, Demi-Leigh launched her highly successful Unbreakable campaign to empower thousands of young girls and women throughout the country, by teaching them skills on how to handle difficult situations like hijackings, muggings, robberies and toxic relationships.

She partnered with specialists to give women the necessary knowledge to be able to handle any unwanted situations. She held six workshops around South Africa and has said she would like to promote this campaign internationally.

Demi-Leigh wowed both the judges and the audience in a sheer flesh-toned, long-sleeved hand beaded dress by Anel Botha. It was inspired by the constellations and consisted of 50 000 hand placed Swarovski crystals which took a team of eight people 168 hours to complete.

Have you read it? :  Checkout Jaw dropping gown Queen Jennifer Okechukwu Rock to An Event in Abuja

The Miss Universe pageant was hosted by Steve Harvey and Ashley Graham. Judges for the finale included Wendy Fitzwilliam (Miss Universe 1998 from Trinidad and Tobago); Jay Manuel (TV host, creative director and makeup artist); Ross Mathews (TV personality); Megan Olivi (Fox Sports 1 host and reporter); Lele Pons (Vine and YouTube personality) and Pia Wurtzbach (Miss Universe 2015 from the Philippines).
Before she was crowned Miss South Africa, Demi-Leigh had completed her B. Com in business management and entrepreneurship and was a part-time model.

Demi-Leigh’s father and stepmother Bennie and Elzabé Peters and mother and stepfather Anne-Mari and Johan Steenkamp were in the audience and were overcome when Demi-Leigh’s name was announced.
“Demi-Leigh has worked incredibly hard for the past few years to achieve this goal and we are all so proud of her,” said a tearful Elzabé. 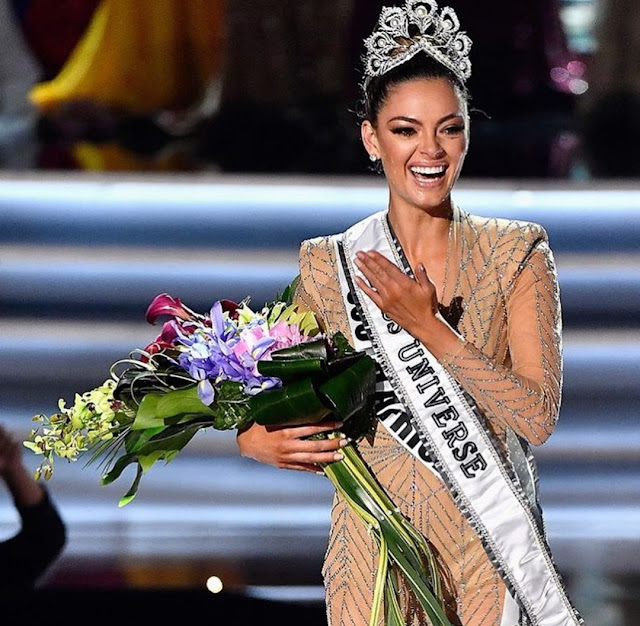