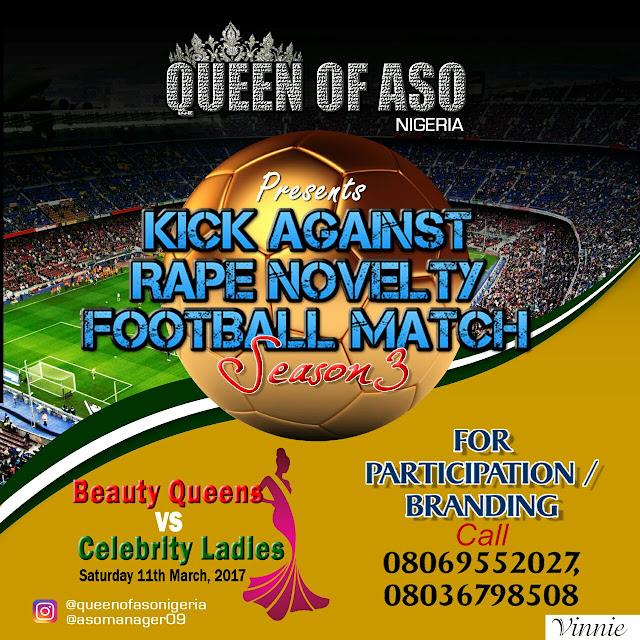 The event is Designed to Kick Against Rape and Child Abuse in Nigeria,Rape has become a menace in our society and around the world, a lot of young girls pass through lit of pains and Truman as a victims of rape,it is becoming so rampant by the day and that is what gave birth to Kick Against Rape Project

This project has being endorsed sometimes ago by the Special Adviser to the President on Media and Publicity – Mr Femi Adeshina at the presidential villa who commended the Queen of Aso Nigeria Organisation on this great initiative to campaign about Rape and Child abuse in Nigeria. 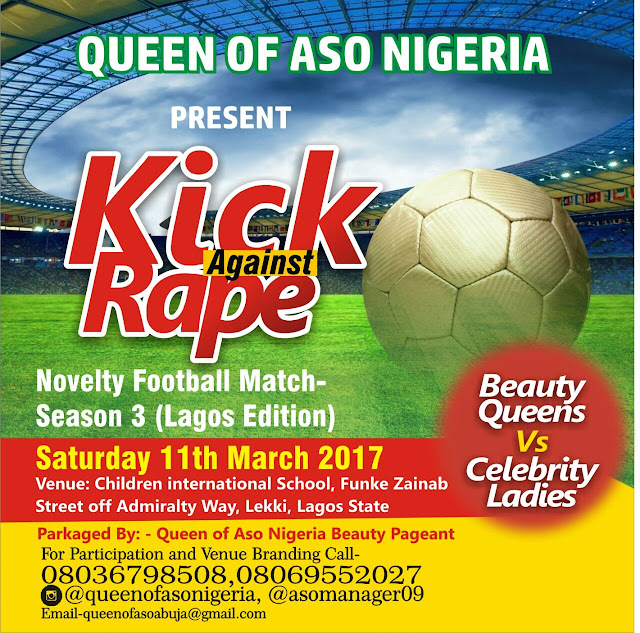 Her Excellency Mrs Bolanle Ambode will be the mother of the day alongside other personalities in Sport, Business, Fashion and Entertainment industry in Nigeria.