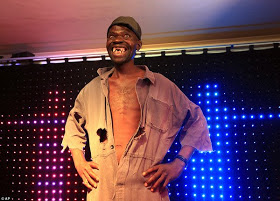 As the rate of unemployment looms Zimbabwe, people decided to create something to get people some cash to reduce unemployment effects. One of such is the creation of most ugly beauty pageant in the country.
This 42 years old unemployed man Maison Sere contested and was able to win the sum of $500 which is a lot of money in their country. Sere who wore overall and has a number of teeth gone, contested before but he took the fourth position. 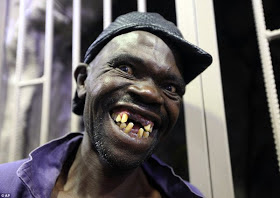 When he was announced winner this year, he told journalists thus;
“I want to thank God for winning this title, last time I came fourth. I just want to thank the judges for recognizing me as the winner.”
However, the runner up William Masvinu, who has won three times in the past accused the judges for being biased as he walked away with $100 cash prize. Wetin, must you win all the time? 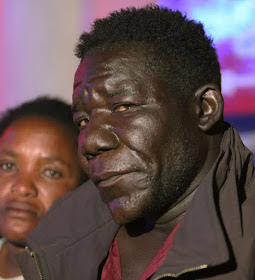 In his words, “The judges were not fair, the organizers must look for new judges to start the contest afresh. I did not lose today.”. 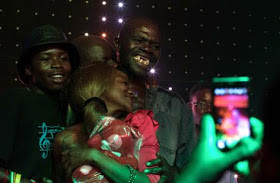 Have you read it? :  Queen Carmelita Akieh kicks off her project in Style
pageant