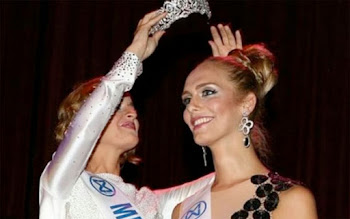 When Angela Ponce won the Miss World Cadiz title last August no one really took keen interest on her. She’s just a girl who won a local pageant who will soon compete at the nationals. Currently, the 23 year old is vying for the Miss World Spain 2015 title and if she will win, she will represent Spain at the Miss World 2015 pageant in Sanya, China.
Indeed, nothing is really particular about her – she’s beautiful, shapely and with that typical Hispanic flair in her beauty. Nothing to talk about at the surface, except that she was actually a he before. Angela is a transgender and she could be soon testing the limits of what can and cannot be done at Miss World. Her beauty with a purpose project is helping out young transgenders known as Fundación Daniela. 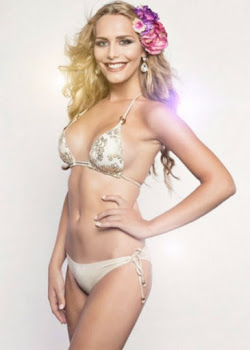 Angela Ponce Will she rewrite the rules at Miss World? Well, the last time it was an issue, Julia Morley insisted that Miss World is a contest for natural born women only. In 2012, Jackie Green reached the finals of Miss England contest without much media fanfare. She was Jack Green before and when she signed up for Miss England 2012 contest she was accepted with no questions asked.
Countries with laws that allow gender change will indeed compel national organizations to accept them otherwise they will face the full force of the law. But this will strike a raw nerve to the traditionalists and conservatives. To date, no transgender has ever competed at the Big4 pageants – at least as far as we know. Gender identity is very complex and goes beyond the physical aspect. But with more and more transgender women like Angela Ponce seeking recognition, the definition of what makes one a woman will no longer be defined in a traditional and conservative way.

Have you read it? :  Exposed!!!!Ex-beauty Queen Sandra Gets 2016 Mercedes Benz From her Man.