Wow!Caught in the Act,Queen Adaeze Okoro dethroned by her organisation.

Whatever character flaw(s) you have, don’t try to hide it or downplay it. Work on yourself and pray for grace of humility, because no matter how high you get in life, your character will make or mar you. 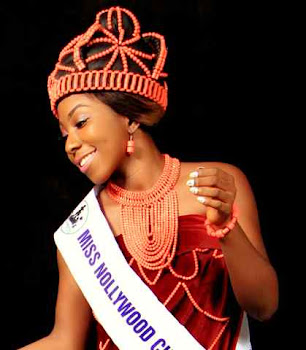 One of the Miss Nollywood Queens, Grace Okoro Adaeze, has been Dethroned over what the organisers of the pageant described as her “behaviour”. 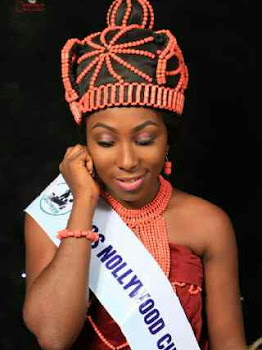 Read their official statement against her:
”This is to Notify the Public (social Media, Press, Prints) and all news platforms that One of our Queens, Queen Grace Okoro Adaeze (Miss Nollywood Culture and Tourism) has been dethroned and is no longer a queen of Nollywood, for going against the policies and rules of Miss Nollywood Organisation.
1. Miss Grace impose herself a manager one Robyn Gawa, who is an imposter, a fake Manager Not recognised by the Organisation, who carries himself as a worker of MNF, we are clarifying that Robyn Gawa is neither a worker nor among the MNF organising team.
Note, no Queen in any part of the world has the right to name herself a manager, without the approval of the Organisation, it’s an arrogant act.
2. As a Queen of Nollywood whatever happens to her is on the Organisation. But Grace Adaeze appears in Programs (travels all around) without the consent of the organisation, even when she was told to return she replied MNF in quote ‘No one can stop me’.
The organisation has been very lenient with Miss Grace Adaeze and she was warned severally.3. Grace was recently in Bayelsa, where the organiser E. Barakumo Odede is based, but she cared less about informing him, she Lodged in a Hotel with her fake Manager and stayed for over a week. The Organisation knows nothing of what they did, it was the good relationship the MNF had with Hotels in the area that led them to contact us, asking if we were aware of her presence in the area.
4. During her stay, Grace Adaeze was even asked if she had told her Boss of her travel. She confirmed that ‘I don’t really think it’s he’s business’.
5. Out of the love the organisation has for her, and how she was picked, built up and changed to become a better person, we endured and warned her of her Behaviour on several occasions. Grace Adaeze is now too big for the Organisation, she’s rude, we cannot contain her arrogance anymore.
Therefore Grace Okoro Adaeze has been brought down in compliance with the policies of Miss Nollywood Beauty Pageant and has been Dethroned.
Her dethronement takes immediate effect and she’s expected to return all the belongings of Miss Nollywood within 6 days, and never to appear as a queen of Nollywood anywhere again.And the ‘HOPE SUPPORT INITIATIVE FOUNDATION’ that was founded by the Organisation under BK GLOBAL ENTERTAINMENT for Miss Grace Okoro to Support the Less Privileged has been withdrawn from her.
And anyone who sees her appearing or claiming to be a queen of Nollywood should consider her a fraud and contact the Police.
We Love our Queens, all we do is promote our them, the Organisation has never had any bad intention against its queens.. And has never for once forced Miss Grace Adaeze of Any of our Queens to do anything against their will.. 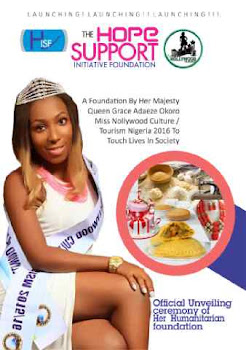 Have you read it? :  Modelssphere Face of the Week stuns in New Photos.

2 thoughts on “Wow!Caught in the Act,Queen Adaeze Okoro dethroned by her organisation.”