Who Becomes the first ever Nigerian University Carnival Queen 2017,Registration is on now. 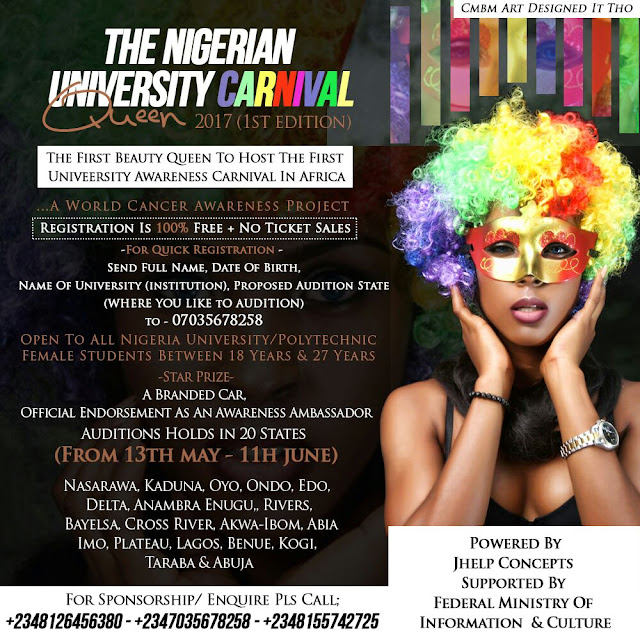 The pageant will network University students from several universities in Nigeria. it will also create Visibility for the winner to become the First ever Nigerian University Carnival Queen & African first University Cancer awareness Ambassador.

The pageant is open to all Nigerian University female students across the 36 states of the federation. Candidates must be between the ages of 18years and 28years… The Pageant also admits female students from accredited polytechnics in Nigeria as they are all classified under tertiary institutions.

Have you read it? :  Exclusive interview with Queen Gold Eze(Face of Nigeria Angelz 2015/16) 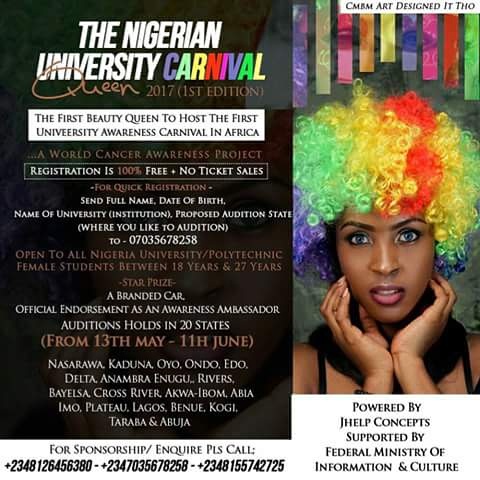 Auditions for The Nigerian University Carnival Queen 2017 will hold in Twenty (22) states. Candidates are advised to audition in any state closest to them.

_Official Endorsements
For Quick Registration send the following information to 07035678258:

PROPOSED AUDITION STATE (State you like to Audition)
For more information,