Modelssphere team recently had a brief interview with the newly crowned FACE of LAVILLE Afrique Magazine Queen,HRM Queen Ofonime Odum. The ebony black queen revealed some interesting stuffs about her self,challenges she encountered during the contest and lots more. Excerpts.

TELL US ABOUT YOURSELF:

Queen Udom: My name is Ofonime udom, a mass communication graduate of Heritage polytechnic, Eket, Akwaibom state. I am the third child and first daughter to RTD ACP Anthony Udom and Late Mrs Hannah udom.
I hail from Ibesikpo Asutan in Akwaibom state and am 24.

HOW DID YOU GET TO KNOW ABOUT THIS CONTEST?:

Queen Udom: I was surfing my phone some months ago when I stumbled on the flier for face of LavilleAfrique Magazine online contest, I hesitated for some weeks before I registered for the contest. It turned out to be a good decision for me.

DID YOU EVER THINK OF WINNING?:

Queen Udom:Truth is no. I never saw me winning, because I was scared if people will vote for me. I didn’t have much traffic on Facebook and Instagram that really made me skeptical but later into the contest I discovered it wasn’t just about the highest vote wins, it was also a test of intelligence and poise. Luckily for me, I came out victorious.

Have you read it? :  Close Interview with Miss Fashion Nigeria 2014 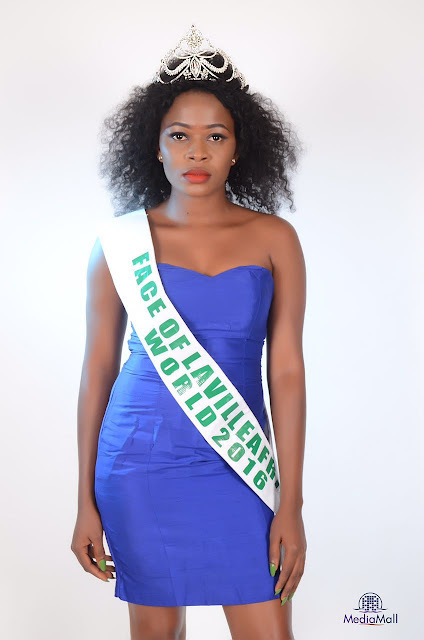 WHAT IS YOUR SECRET?:

Queen Udom:My secret is totally the grace of God towards my life. I attain height because of his grace and infinite mercy.

MOTIVE FOR BEING PART OF THIS CONTEST:

Queen Udom:To stand out as ambassador to LaVille Afrique as an organisation also to be an epitome of emulation by other young girls out there.

WHAT IS YOUR ROLE AS FACE OF LAVILLE AFRIQUE MAGAZINE?:

Queen Udom:My role is to promote the brand globally, to campaign for sponsorship and to join in producing another queen to replace me next year 2017.

WHAT MAKES YOU OUTSTANDING FROM OTHER CONTESTANTS?:

Queen Udom: I believe there is something the judges and my organizer saw in me.

WHAT DO YOU LOOK FOR IN A MAN?: 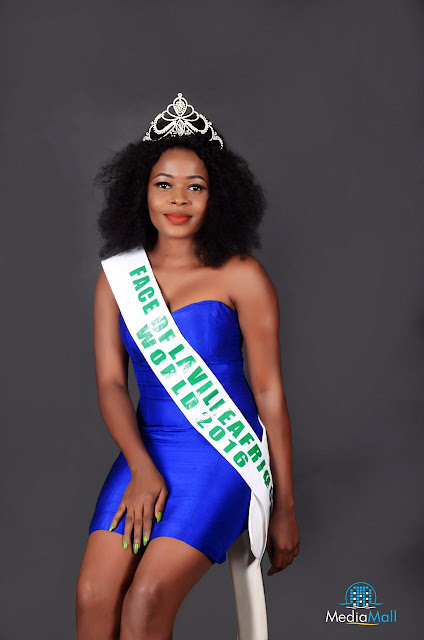 SUPPORT FROM FAMILY DURING THIS CONTEST:

Have you read it? :  Izuchukwu Anoliefo Wins 3rd In Mr Universal Ambassador In India (Photos)

Queen Udom:Naturally I love taking up challenges on my own and thereafter I tell my family about my victory. I entered this pageant alone, I only told my family the good news after I was crowned. They were really happy and am glad I made them proud.

TELL US ABOUT YOUR PET PROJECT:

Queen Udom:Actually am working on  Inaugurating the “GROOM THE TEEN GIRL ” foundation, my pet project specially geared toward the pre teen and teenage girl. It’s going to be a sensitization programme in secondary schools to educate the girls on hygiene and puberty as a teenager.

WHAT IS YOUR TAKE ON NUDITY AS LATEST TREND?:

Queen Udom: Well, showing skin is not entirely bad, but showing body parts that are morally supposed to be hidden is totally bad. Popular saying dress like you’d like to be addressed says it all. As an African, decency in dressing is highly required of us.

THANK YOU FOR YOUR TIME

Queen Udom:The pleasure is mine 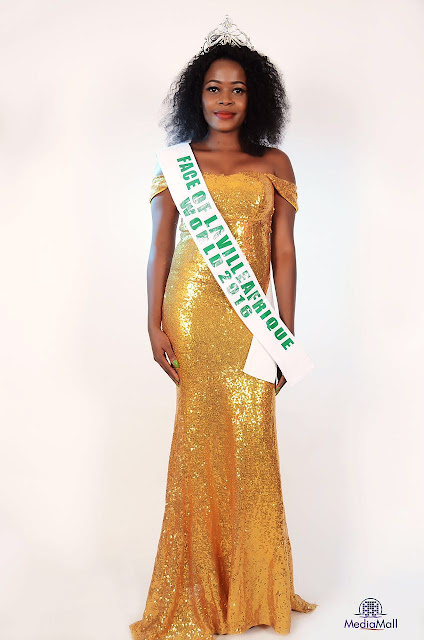