Anambra State Police Command has confirmed the arrest of one Mr Treasure and his accomplice Lillian, for conniving to kidnap, beat and rape young ladies desperate for modeling Jobs. 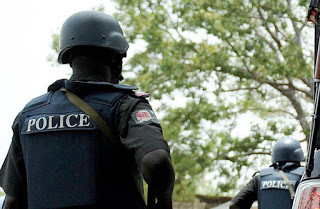 The suspects, Treasure and Lillian hails from Ahoada West Local Government Area of River State but resides in Anambra State.
Nemesis finally caught up with them when they lured another victim identified as Peace from Enugu State to Mgbachu village, Nkpor-Uno in Idemili North Local Government in Anambra State under the pretence that they had a modelling contract for her at Nkpor.

The Commissioner of Police, Mr. Garba Umar, explained that while Peace was in captivity, Treasure demanded N1,000,000 ransom from her parents before she could be released. In his statement, he said:

“While Peace was in captivity, Treasure went through her phone, saw the contact of Nche Thelma Blessing and called her. He told Blessing that he had a modelling work contract, which would last for two years. He told her that she would be paid N250,000. On January 15, 2018, Blessing arrived Nkpor and was received by Treasure.

“Treasure tricked her to his apartment and locked her up. He later demanded N50,000 ransom. When he noticed that the money was not forthcoming, he collected her two handsets and a cash of N31,000. He striped and attempted to rape her. But she managed to escape from captivity.

“Since he was still in possession of Blessing’s phone, Treasure went through her contacts and latched on the name Victoria. He copied the phone number and gave it to his sister, Lillian to dial. Thus, Lillian, posing as Blessing, called and lured Victoria, who hails from Akwa Ibom State, to Nkpor where Treasure took her to his house and raped her and later collected ransom of N145,000, from her parents.

Treasure would later handover Victoria’s Automated Teller Machine (ATM) card to Lillian, to go and empty the victim’s account before she was released.”