Bulacan beauty queen Mary Christine Balagtas was shot dead in her house in Plaridel town after receiving a bouquet of flowers and a box of chocolates from unidentified gunmen on Wednesday, April 5, 2017. 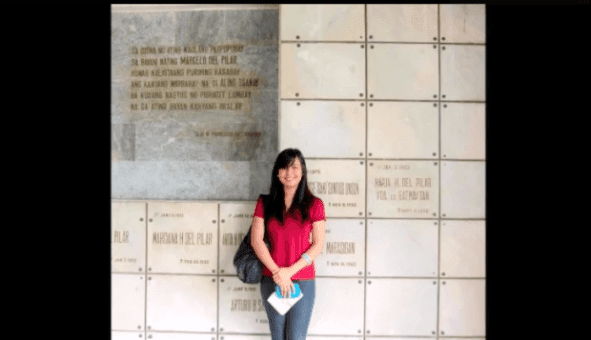 According to Supt. Julio Lizardo, Plaridel chief of police, the 23-year-old former beauty queen was shot in the head after receiving the flowers and the chocolates at exactly 9:10 a.m. in 1st La Mirada Subdivision, Barangay Banga in Bulacan.
The victim who won the title of Lakambini ng Bulacan in 2009 was rushed to the Our Lady of Mercy Hospital in Pulilan town. However, she was declared dead on arrival.

Based upon the report of Inquirer.net , the unidentified gunmen fled on a motorcycle but the authorities found leads that may help them identify the suspects.
The family of Mary Christine Balagtas has yet to issue any statement regarding the killing of the former Lakambini ng Bulacan titleholder.
On the other hand, the authorities have yet to divulge any information about the reason for the killing of Mary Christine Balagtas.

Meanwhile, friends of Mary Christine Balagtas took to social media to mourn her death. Herlie Rozelle Flores Vecina, one of her colleagues even made a video tribute for her.