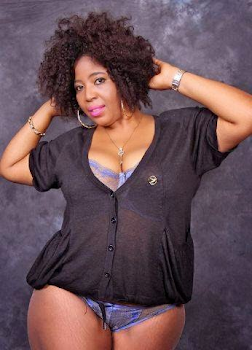 Actress, wife and mother, Chioma Toplis has said her dream is to become a plus size model. While speaking to Sun Online, she said she has registered with a London agency incase they would see any job for her and that is why she has mostly been posting raunchy photos on her Facebook page incase anyone is interested. She also spoke about how her marriage can never fail, stating clearly that if the marriage has to end she will be the one ending it and not her husband. Chioma’s last child is 15.

You are always posting raunchy photos on Facebook. Is there anything we need to know about it?

I post my sexy pictures anytime I feel like. In the UK, I am registered with some agents that do plus sized lin­gerie. So, I have been pushing to be one of their models. I won’t give up; who knows someday my dream will come true. People should know that my husband and other family members fully support whatever I am doing with my body. Whenever I go for my shoot, my husband is always there to supervise, so people should let me be. Continue…
Funnily enough, I respond harshly to critics that insult me for doing what I love doing. My husband doesn’t, my kids too, so why must one stranger control me? I am old enough to know what I am doing. The Bible says in… (I can’t even remember the part of the Bible), but I know God said all that matters is our hearts not what we wear outside. If you look at my photo and it’s turning you on, you can scroll down, pass or better still delete yourself off my Facebook wall. Some men will be there romancing my pictures on Facebook, but when I post something educational or inspirational, they won’t even read or comment. They are bunch of hypocrites.

Have you read it? :  10 Things about Nelson Enwerem, Big brother Naija House mate 2020

On how She met her husband…

It was a friend of mine who was married to a Norwegian that took me to a party; I think it was a send-forth party on an island. When I came in, he was like ‘who is this?’ He sent somebody to offer me drinks.
He walked up to me and told me that he loved the way I was smiling especially my set of teeth. That was how the whole thing started. He gave me his complimentary card and asked me to give him a call anytime.
Ironically, that was the first White guy I ever met in my life. One thing led to another, I got pregnant for him and we ended up as a couple.
Speaking about if her marriage can ever collapse, the actress said;

Not for me, no matter how they talk about it, it will never happen. I know what I’m talking about because I know the man I am married to. It will never happen.
That is why I’m not moved. When I read what people wrote on the pages of newspapers and on the Internet, I just laughed. In fact, if I tell my husband that I am leaving him today, he will commit suicide. I am the pillar of that home, though I am not the one providing for the family, I remain the pillar. I can say it again; I don’t see my marriage crashing. If they like, let them door say whatever they like, my husband will not leave me. It is me that would decide whether I am going to leave him or not.

Have you read it? :  Queen of Gold Africa Pageant award Summit group in Imo state 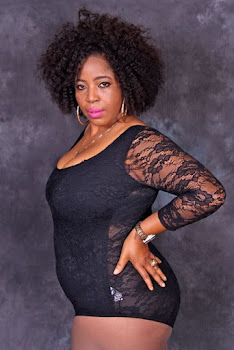