The reigning winner of Face of Igbo Heritage 2016, Queen Iwuoba Ogechukwu Blessing has said that some of today’s Igbo parents should be blamed should Igbo language go on extinction.
The young model described as appalling the way most parents forbid their children from speaking Igbo, the same language they were trained with it, prescribing education for parents who in most cases go as far as beating their children for speaking the language. 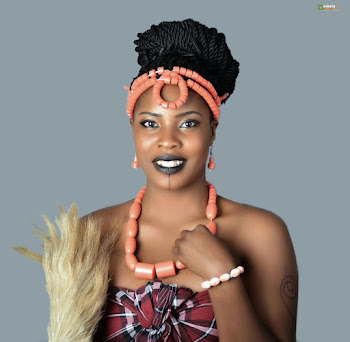 The student of Chukwuemeka Odumegwu Ojukwu University Anambra State, who started modelling from the grassroots by winning Miss Idemili South 2015/2016 further stated that the major reason the language is suffering is because most Igbo Speakers do not value it and do it with much doubts. 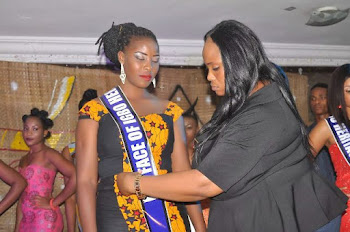 “Some of us don’t even like the language, especially the youths. If only we can show others why we need the language, they will start appreciating us.
“Igbo is my language and my heritage. I have an unending passion for the language and our culture and that was what got me into the pageant in the first place. Face of Igbo Heritage is an opportunity for me to reach out to more people on how wonderful it is to identify with the language and the tribe.
“The language needs to be a priority amongst people here and in the diaspora. Most of our parents are not helping matters because they go a long way to forbid the language in their homes and other beat their children for speaking the language. If we don’t educate such parents, we will wake up one day and realize that no one is speaking the language again”, she said.
The Ambassador of Miss One Nigeria further decried the decay in the lifestyle of most young girls of Igbo extraction, adding that it is painting the tribe black and if not stopped will affect how other good ones are being seen in the public eyes. 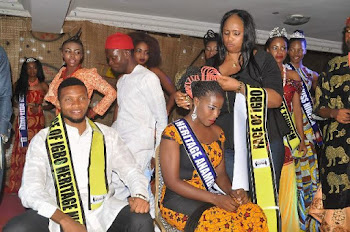 On how her life has become the pageant, she said winning the crown has put more pressure on her as well as pointing more eyes to her direction, but she has learnt to manage that. She said; “People always single me out because of the crown, and if I’m spotted speaking anything other than Igbo language, I might be crucified. It often complicates things for me, but it is fun now because I’m enjoying who it has made me.
“I want to be an Igbo activist, fight for the language and the tribe. I want to make a difference and make people appreciate the glory in this language and tribe they are despising.
“I am grateful to my family and friends for their support, they are reason I keep going higher and that has really made the reysponsibility lighter”, the Oba, Idemili South Local Government Area of Anambra State born beauty queen, added. 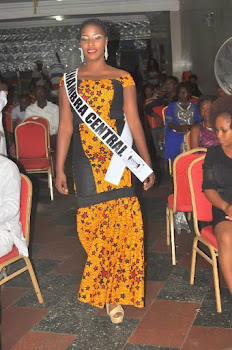 Have you read it? :  MISS TEEN Nigeria Pays The wife of the vice President a visit
modelsnews