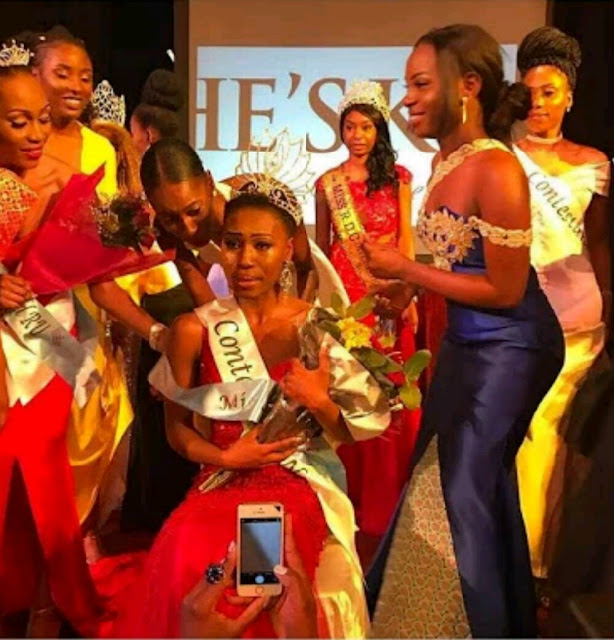 Despite her health status, 22-year-old HIV positive Horcelie SindaWa Mbong,on 4th April contested in miss Congo UKbeating other eligible contestants to emerge as the winner of the 2017 edition of the national pageant .
The new queen also announced during her crowning that she will launching her campaign on HIV so as to give hope to every HIV victims. 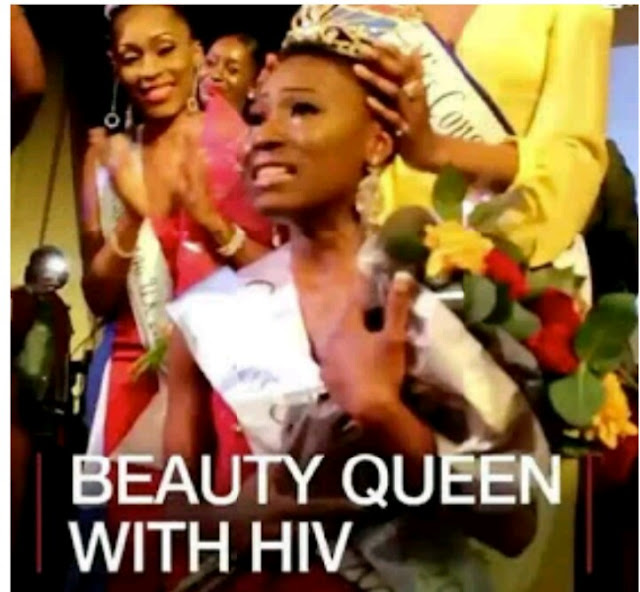 The Queen who hails from the Democratic Republic of Congo, discovered at a very tender age “11years” that she was HIV positive,a disease which she unfortunately inherited from birth. The Congo queen is Currently running a degree in fine arts at western university, London.

Filled with tears of joy, Horcelie said; “I’m happy I’ve won a minimum of one thing in my life. My story has warm people’s hearts and that’s the foremost vital thing for me,”.