Miss Bikinis Asia Singapore 2016 winner and Miss Singapore Cosmopolitan World 2016 Melissa Chua was stripped of her title after she accused the pageant organization on social media as a “scam” company that allegedly sells titles. 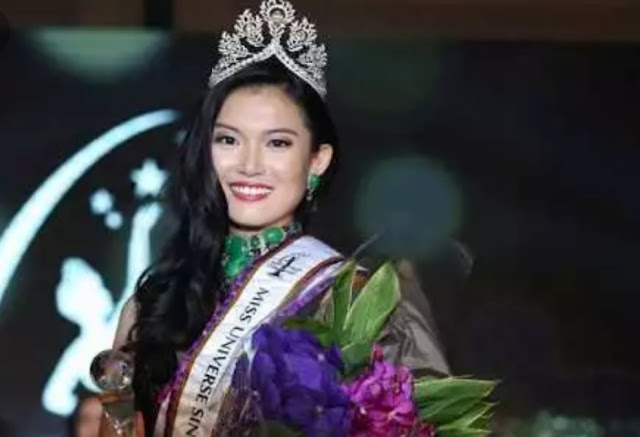 Chua has her own business setup where she sells gowns on rental to a retail shop called The Gown Club, having said that a rival company is copying her gown ideas social media posts and even stole her firm’s images without permission. This began the onset of accusations with Chua further calling it as bogus beauty pageant.

Adding further, Chua remarks that there are lots of hidden costs associated with joining a pageant by the company. She revealed that contestants had to pay for registration cards and for advertisements on the pageant magazine which run for about $1,500 a page. Screenshots of the images were posted on social media of her work that were copied. The pageant thus stripped her off her titles for her code of misconduct.

Have you read it? :  Abuja to witness greatest fun ever as Celebrities, 30 Caribbean Models set to stun Abuja All White Pool Party

The company says, Chua had made a viral post last year when she released a bare faced photo of herself on Facebook in defense of this year’s Miss Singapore finalists who have been slammed online as “pathetic.” Chua responded on the Facebook post that she will file a police report against the pageant company and take legal actions.

Chua also termed one of the organizers as “sick’’ also a part of Chua’s cash prize was deemed since she did not meet the requisite terms and conditions.